According to their database, EAG has received a total of $794,750 since 2009 from a rouges gallery of right wing foundations. These include Charles Koch, Michigan’s Dick Devos and Donors Capital Fund, which alone provided a 3rd of this funding.

Donors Capital gained national attention recently thanks to a Drexel University study exposing them as what’s been called an “identity-laundering scheme.”

The study examined the funding behind the climate denial industry, and found:

The biggest donor listed is Donors Trust/Donors Capital Fund, which accounted for almost $79 million; individuals can put their so-called donor-advised funds at Donors Trust and then direct the organization to give money on their behalf to nonprofits.

Donors Capital thereby protects the identity of these corporations, insulating them from a negative public reaction to their bottom lines. And now EAG is one of the benefactors of this scheme, depending on how many of the general public read EAG’s propaganda reported as fact, but never learn about its secret funding. 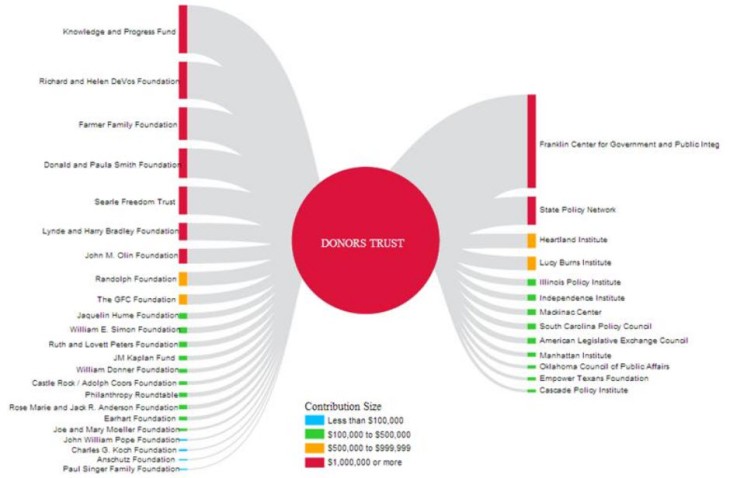 Donors Trust acts as a money laundering service for corporations and the wealthy to secretly fund right wing causes.